Get fresh music recommendations delivered to your inbox every Friday.

by Patrolled By Radar 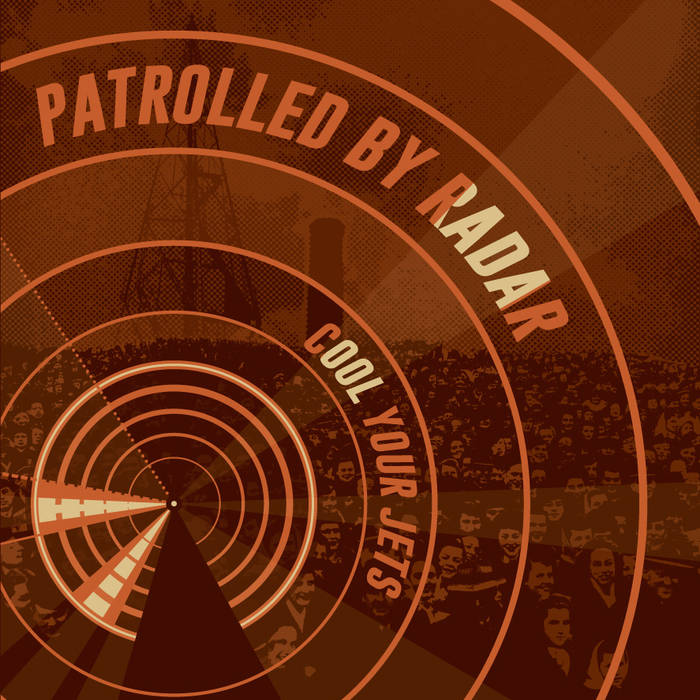 Put on Cool Your Jets, the new album from under-sung Los Angeles club veterans Patrolled By Radar, and the longer it spins the more it casts a spell, the ideal band for an imaginary saloon where Highway 61 Revisited-era Dylan hobnobs with a fresh faced Doug Sahm and a gaggle of curious night dwellers shuffling contentedly as they try to make sense of this wicked world.

Patrolled By Radar moves with barroom honed muscle, a group that’s earned their stripes fighting for attention over clinking glasses, cell phone tapping, and post-work chatter. And PBR’s songs really do snag one’s focus, though often in sly ways, the fun and skip of them in the foreground with all sorts of cool, thoughtful bits bouncing around in the background. This band swings hard but backs up their punches with brains and a well-seasoned perspective on the ways of men.

That their latest release ends with a pitch perfect rendition of Randy Newman’s “Ghosts” just signals songwriter-singer-guitarist Jay Souza’s kinship with that insightfully jaundiced, perversely romantic American treasure. Souza uses language with the same humor dipped scalpel sharpness as Newman with occasional flashes of genuine good humor – “Rally” on the new album is a shit-day mood-enhancer of the highest order. And the whole band – Bosco Sheff (guitar), Preston Mann (organ, piano), Ben Johnsen (drums, vocals) and Peter Curry (bass) – serves the songs in an integrated way that’s short on solos and long on a warmly enveloping group dynamic.
Cool Your Jets reminds one of Americana’s first great flowering, an album that sits comfortably next to Wilco’s A.M., The Jayhawks’ Hollywood Town Hall and Son Volt’s Trace – all worthy descendents of the roots-influenced, energized, off-handedly skillful rock tributary stemming from The Band. Like the best children of Levon, Robbie, et al. Patrolled By Radar possesses a unique, hard to pin down individual spark, extenders of a tradition rather than mimics, where something heartfelt and quietly moving wanders the curved roads and smoky haunts of their tunes. Heck, even ol’ Lawrence Welk makes a champagne cameo so you know it’s good!

Bandcamp Daily  your guide to the world of Bandcamp